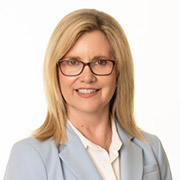 Dr. Reid’s primary clinical interest is the management and surgical treatment of breast cancer. She most recently served as the Professor & Chair of the Dept. of Surgery at McMaster University, Canada.

Dr Reid received her MD (1987) and completed her General Surgery Residency training at McMaster University (1992), followed by a Postgraduate Fellowship in Critical Care Medicine. Dr. Reid held the John A. Bauer Chair in Surgery and in 2012 was the first female to be appointed Chair of an academic department of Surgery, in Canada. Prior to assuming that position, Dr. Reid served as the Department’s Associate Chair, Education, a role that encompassed her myriad responsibilities as Department Education Coordinator and Director of Postgraduate Surgical Training Programs.

Dr. Reid has been extensively involved in Education at the undergraduate, post-graduate, faculty and community levels as an invited speaker, instructor, advisor/mentor and a clinical and research supervisor. It was under her tutelage that a number of educational initiatives were advanced within the Department of Surgery, including the International Surgery Desk, and the Surgeon Scientist Program and the Equity, Diversity and Inclusiveness Committee. While she was Chair, the research infrastructure of the Department was enhanced, resulting in more than doubling grant and publication successes over her tenure. ​ 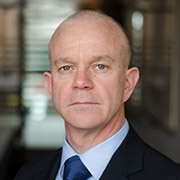 A passionate educator for >10-years, he still lectures weekend MBA/MSc/MHSc courses at several universities. At Queen’s University he also served a term as Senator. He received a BSc Hons Applied Chemistry from Northumbria University, Newcastle; and latterly an MBA from McGill.​ 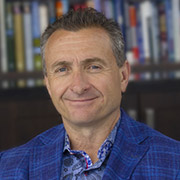 Dean Mosca has served as the Medbotic’s Chairman of the Board since 2019. A life-long serial entrepreneur, he was founder and CEO of Proprietary Nutritionals Inc., a nutritional supplement ingredient company specializing in business to business sales and providing clients with pioneering collaborative opportunities for cross-promotion and public education. Dean sold the company in 2017.​

Today, as CEO of Cordra Inc., Dean seeks opportunities to invest in, mentor, and offer strategic support to businesses, entrepreneurs, and start-ups developing exciting and disruptive products and technologies. ​

Dean is involved in various other companies and organizations as an investor or board member. He is a partner in Frontier Utility Locating Services Ltd., he sits on both the board and the investment sub-committee of Natural Products Canada, is a member of the investment selection committee for Nutrition Capital Network, and a key member in the foundation and advancement of Medbotics through his voluntary work on the board of CSii, the Canadian Centre for Surgical Invention & Innovation.​ 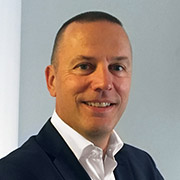 Since 2007, Marc Oczachowski has served as CEO, and currently also Chairman of the Board of EDAP TMS SA (Nasdaq:EDAP).

A French-based company with a US-listing, Marc initially secured European regulatory and clinical clearance, before relocating for 5-years to Austin, Texas to manage U.S. operations and lead the FDA approval process of the company’s HIFU devices.​

He is a graduate from Lyon I University (Molecular Biology), and from Institut Commercial de Lyon (Business School), France.​ 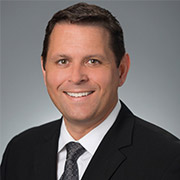 Christopher is the CEO of Harmonic Bionics, and has over 20 years of successful medical device experience in both large strategic healthcare companies and successful startup companies. A lot of Christopher’s time has been spent specifically with robotic companies seeking high growth by increasing the adoption of technology that challenges the status quo.​

For Harmonic he is leading the development of a bilateral, upper-extremity exoskeleton dynamically designed to provide unique value in three areas of practice: neuroscience and movement science research, movement disorder assessment, and rehabilitation.​ 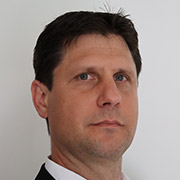 Patrick Gross is Vice President at Elekta. He is currently the Head of Product Management for Elekta’s MR-Linac Portfolio.

He has a strong 20 year track record MRI, Innovation Management and MR guided Therapy with positions at Philips, GE, Siemens and Imperial College.

He holds a PhD in Bioengineering from Imperial College, an undergraduate degree from the University of Cambridge and is co-inventor on over 40 granted families.​ 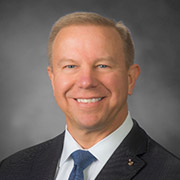 Tim is the Vice President for Robotics & Space Operations at MDA, a Canadian space company that has provided robotic arms, sensors, and operations for the Space Shuttle, International Space Station (ISS), and now for the Lunar Gateway.

Previously, he was partner and co-founder of Blue Bear Capital, an energy tech venture fund.

Tim has also served in various leadership and operational roles at NASA as an engineer and astronaut. Tim lived and worked on board the ISS during two spaceflights, logging 244 days in space and serving as ISS Commander of Expedition 47.

Prior to NASA, Tim was an Army aviator and experimental test pilot. Tim holds a Bachelor of Science from the United States Military Academy and master’s degrees in aerospace engineering, strategic studies, and business administration.